A Beginner's Guide to Japan — by Pico Iyer 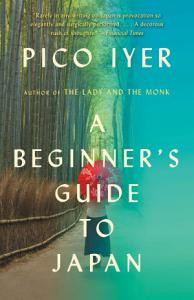 Iyer's seminal "Video Night in Katmandu" virtually jumpstarted backpacker travel to Asia. Inisightful, humrous, and compassionate (read Among the Living and the Dead of Angkor Wat about his 2001 visit to Angkor for a Buddhist magazine which reflects on tragedies past and current). This is his newest book, of the 15 he has written, was published in 2019. Pico Iyer has made Japan his home for more than three decades living with his Japanese spouse. Iyer is the first to admit Japan remains an enigma not only for travelers, but even to its long-term residents as himself. In A Beginner’s Guide to Japan, Iyer draws on his years of experience—his travels, conversations, readings, and reflections—to craft a playful and profound book of surprising, brief, incisive glimpses into Japanese culture. He recounts his adventures and observations from his life there, presented a compendum of oddities and insights of Japanese life, guaranteed to pique the interest and curiosity of those who don’t know Japan—and to remind those who do of its myriad fascinations.

The Thousand Autumns of Jacob de Zoet — by David Mitchell

An engaging historical novel set during a period of Japanese history known as Sakoku when the Dutch held a trading concession with Japan in the late 18th century. The year is 1799, the place Dejima in Nagasaki Harbor, the Japanese Empire’s single port and sole window onto the world, designed to keep the West at bay. To this place of devious merchants, deceitful interpreters, and costly courtesans comes Jacob de Zoet, a devout young clerk who has five years in the East to earn a fortune of sufficient size to win the hand of his wealthy fiancée back in Holland. But Jacob’s original intentions are eclipsed after a chance encounter with Orito Aibagawa, the disfigured midwife to the city’s powerful magistrate.

One of my favorite books set in Asia. Mitchell's descriptions of a primitive Japan still closed to the world are vivid and personalities capture the Japanese character in full — Patrick Morris, Indochina Travel

Kafka on the Shore — by Haruki Murakami

Japan's most popular, and controversial author. The subject and storyline are less important than the surreal scenes and moody prose Murakami crafts. An endless string of mesmerizing events and the rich metaphysical world Murakami creates is unusual for a Western reader though engaging. The odd chapters in Kafka on the Shore tell the 15-year-old Kafka's story as he runs away from his father's house to escape an Oedipal curse and to embark upon a quest to find his mother and sister. Highly recommended for young adults.

Comments: Almost everyone prefers Murakami's other popular novel, Hard-Boiled Wonderland and the End of the World — Patrick Morris, Indochina Travel

We always say toss the guidebook, but this brillantly illustrated book with superb photography is more souviner than practical guidebook.

Memoirs of a Geisha — Arthur Golden

The classic bestseller. From Amazon: "Speaking to us with the wisdom of age and in a voice at once haunting and startlingly immediate, Nitta Sayuri tells the story of her life as a geisha. It begins in a poor fishing village in 1929, when, as a nine-year-old girl with unusual blue-gray eyes, she is taken from her home and sold into slavery to a renowned geisha house.

We witness her transformation as she learns the rigorous arts of the geisha: dance and music; wearing kimono, elaborate makeup, and hair; pouring sake to reveal just a touch of inner wrist; competing with a jealous rival for men's solicitude and the money that goes with it.

The Inland Sea — by Donald Richie (Introduction by Pico Iyer) 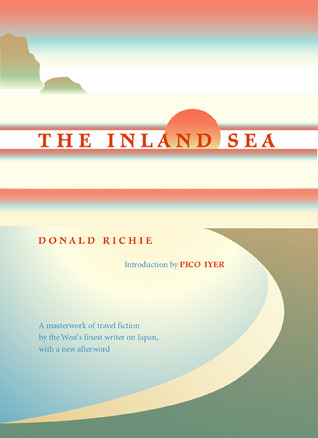 A travel classic. Richie's masterpiece, more than a travel account, is a beautiful reflection on all things Japanese by one of its most acute observers. Richie was the best writer on Japan, detailing what it was like to have lived in Japan for more than sixty years.

Long considered a masterpiece of travel writing, Donald Richie's The Inland Sea is the journal-like record of a trip to the seafaring communities of central Japan. Aware of his foreignness, Richie delights in details and muses at length on food, romance, work, and human foibles.

This new edition of The Inland Sea contains an introduction by Pico Iyer, a new afterword by the author, a map, and 18 images from the award-winning Inland Sea documentary. Richie wrote The Inland Sea some thirty years ago, but its themes of travel and the Outsider still endure, while its view of a Japan now nearly lost is both sad and indelible.

This geographically-organized anthology introduces both Japan and its best contemporary writers. This collection guides the reader through the complexity that is Japan. Although frequently misunderstood as a homogenous nation, Japan is a land of tremendous linguistic, geographical, and cultural diversity. Hino Keizo leads the reader through Tokyo's mazes in "Jacob's Tokyo Ladder." Nakagami Kenji explores the ghostly, mythology-laden backwoods of Kumano.

The stories, like the country and the people, are beautiful and compelling. Let these literary masters be your guide — from the beauty of northern Honshu through the hustle and bustle of Tokyo, to the many temples in Kyoto, through Osaka and the coastline of the Sea of Japan, and down to southern Kushu — to a Japan that only the finest stories can reveal. Contributors include Hino Keizo, Maruya Saiichi, Inoue Yasushi, Oda Sakunosuke, Miyamoto Teru, Tada Chimako, Atoda Takashi, Nakagami Kenji, Mizukami Tsutomu, Kawabata Yasunari, Takahashi Mutsuo, and Shima Tsuyosh.

The Book of Tea — Kakuzo Okakura

A graceful, witty meditation on Japanese aesthetics and culture as reflected through the tea ceremony. A celebrity and cultural ambassador, Okakura was a curator at Boston's Museum of Fine Arts.

Nothing is so quintessentially Japanese as the tea ceremony--more properly, "the way of tea"--with its austerity, its extravagantly minimalist stylization, and its concentration of extreme subtleties of meaning into the simplest of actions. The Book of Tea is something of a curiosity: written in English by a Japanese scholar (and issued here in bilingual form), it was first published in 1906. Clearly, behind the publication was an agenda, or at least a mission to explain. Around its account of the ceremony, The Book of Tea folds an explication of the philosophy, first Taoist, later Zen Buddhist, that informs its oblique celebration of simplicity and directness--what Okakura calls, in a telling phrase, "moral geometry." And the ceremony itself? Its greatest practitioners have always been philosophers, but also artists, connoisseurs, collectors, gardeners, calligraphers, gourmets, flower arrangers.

A wonderful book for children, with intricate designs. Pomegranate's Samurai coloring book features 22 illustrations from an epic Japanese adventure story. Coloring pages are blank on the back so they can be cut out and displayed. Published with the Museum of Fine Arts, Boston. One forty-eight page 8 1/2 x 11" book with twenty-two images to color. Each illustration is reproduced in a small, color version of the original artwork and as a full-page black line drawing.

One of the most popular writers in nineteenth-century Japan was Bakin, who lived from 1767 to 1848. His most famous book, The Tale of the Eight Dog Heroes of Satomi, or Satomi Hakkenden in Japanese, was published in 106 installments from 1814 to 1842. Fans waited eagerly for the publication of each new chapter of the exciting story, which tells of eight heroes, each with the word for 'dog' (in Japanese, inu) in his family name (in Japanese, the family name comes first, with the personal names after it). The eight heroes are as brave and loyal as faithful dogs. They use a combination of sword fighting, magic, and strategy to defeat the enemies of the Satomi clan, and after many adventures, they are finally successful.