You may often read something like "there is not really a right or wrong time to visit Vietnam," that there is always good weather somewhere to be found in Vietnam. This is like saying go to Florida if you are visiting the U.S. during the winter. In Vietnam the weather can vary dramatically by the time of year (including typhoons) and if you are going to more than one region, like most travelers, or want to spend time in a specific place like Sapa, then for you there is absolutely a best time to visit Vietnam. 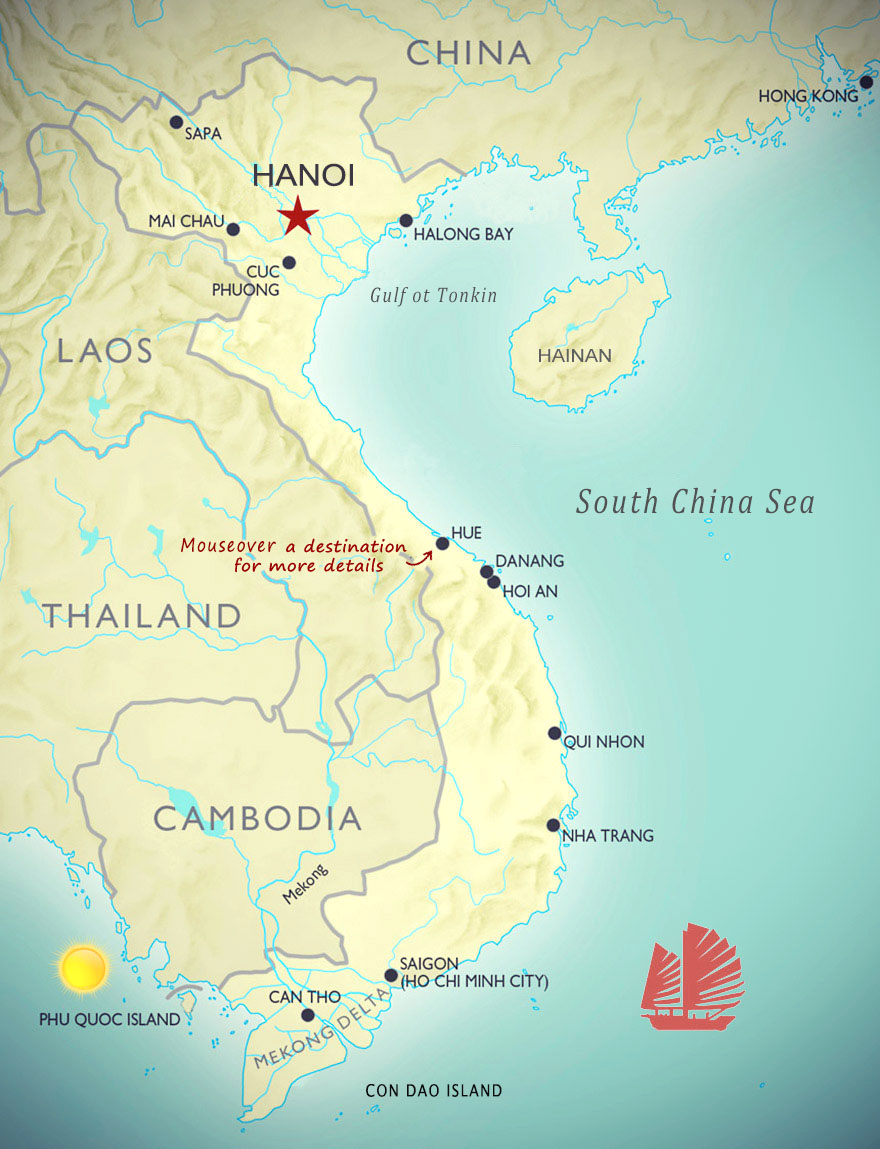 Aside from Sapa (which has its own, unique climate and weather), think of Vietnam as having three weather regions north to south, and three seasons (monsoon, cooler and hot). You may see weather and climate information divided by north, central and south for Vietnam, but Sapa, at over 4,000 feet (1,300 meters) in the "Tonkinese Alps" has as much in common with Halong Bay on the South China sea as Lake Tahoe does to the San Francisco Bay.

North Vietnam (Hanoi & Halong Bay) is marked by a hot and humid wet season from mid-May to mid-September as well as a warm and humid dry season from around mid-October to mid-March. The seasons arrive later and in Central Vietnam (Hue, Danang and Hoi An) rainfall is heaviest between September and January when the coast is subject to tropical storms. During December in particular, the weather north of Danang (and the Hai Van Pass) can be cool and rainy. South Vietnam (Ho Chi Minh City and Mekong Delta) is warm to hot and mostly sunny year around. January through March are optimal months to travel the length of the country (combined with humidity, it is not as cool as the chart below reflects). However, Sapa does not thaw until around the first week of March. For Sapa, September and November and March through May are the best times for trekking and cycling in Sapa. October brings harvest season, when the vaulting rice terraces are a striking golden yellow. Daytime temperatures range from 15-28 °C, and night-time temperatures from 18 down to 10 °C. Trekking and cycling are possible at other times too, but the wintertime can be very chilly dropping into the 30s °F with fog and drizzle, and the summer rather wet, making trails slippery and more importantly, the gray clouds and fog blotting out the wonderful vistas.

If you are visiting in the winter, and still want to enjoy the hilltribes villages and landscapes, contact us for where to go.

When To Go Sufficiently confused by now?

Below are weather charts to help you gauge when to travel in Vietnam, but in general travel during the drier period of the year—December through March. After mid-October can also be nice, when it is less touristy and the rains have begun to taper but there is a risk of random storms, flooding, and a typhoon which tend to strike Vietnam about every other year.Sapa can dip below freezing during winter. Best to visit March to June and October 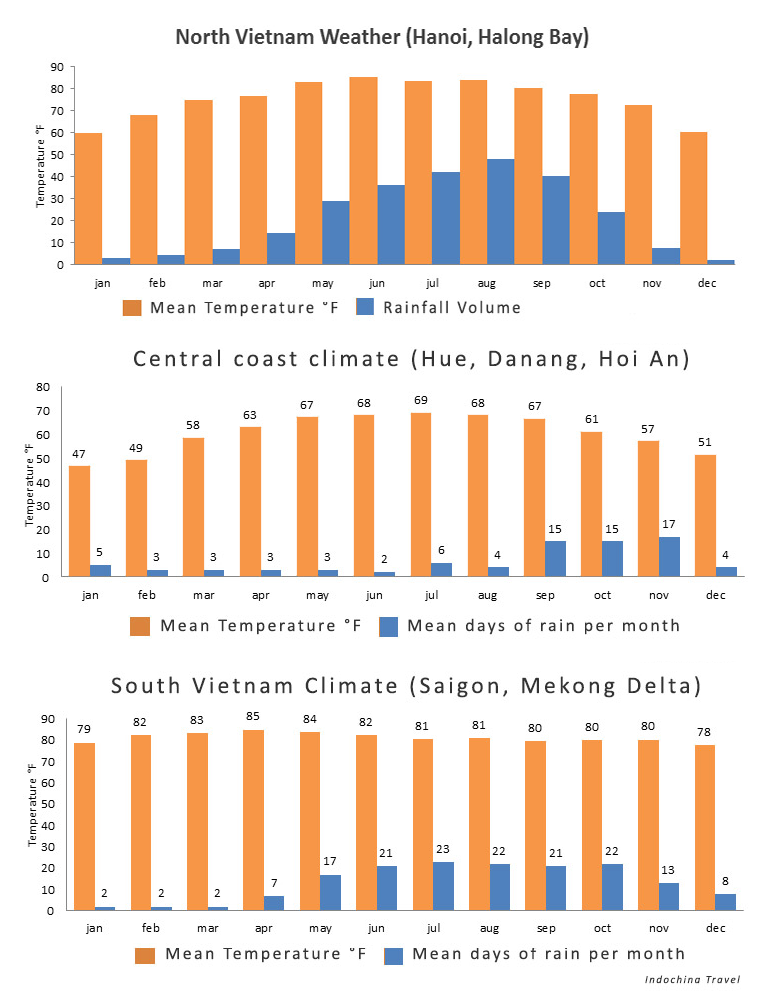